WOAH!!! More great news for us Master of Magic fans as Implode has returned from his self imposed exile (think kungfu movie where the bad guy bests the good guy so the good guy climbs up a mountain and learns better kungfu with some old guy with a grey beard who never speaks and then the good guy comes back and kicks the bad guys ass lol) and released a new version of his HD Multiplayer remake of Master of Magic with for the first time FUNCTIONING AI!! This is the moment so many have been waiting for.. lets try it and give him some feedback!

Edit: Implode has done yet another release after teaching the AI to build roads! More details HERE ! 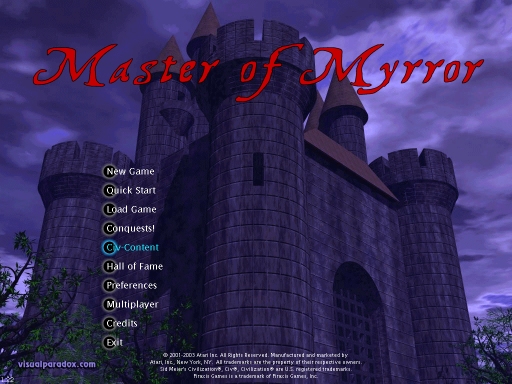 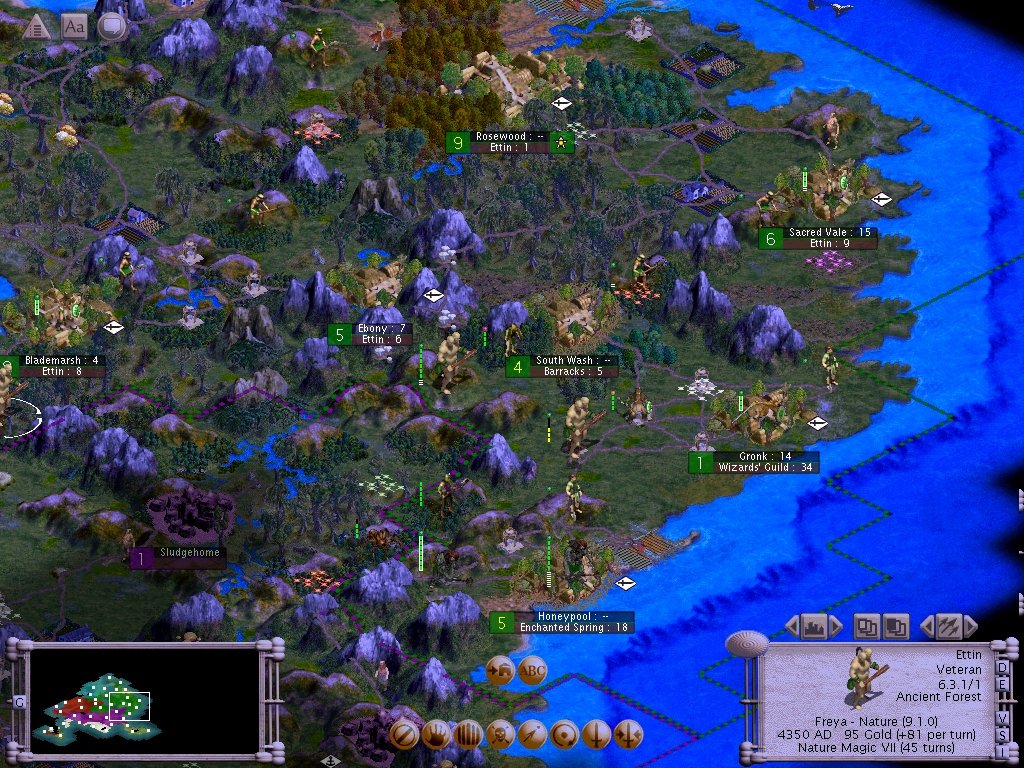 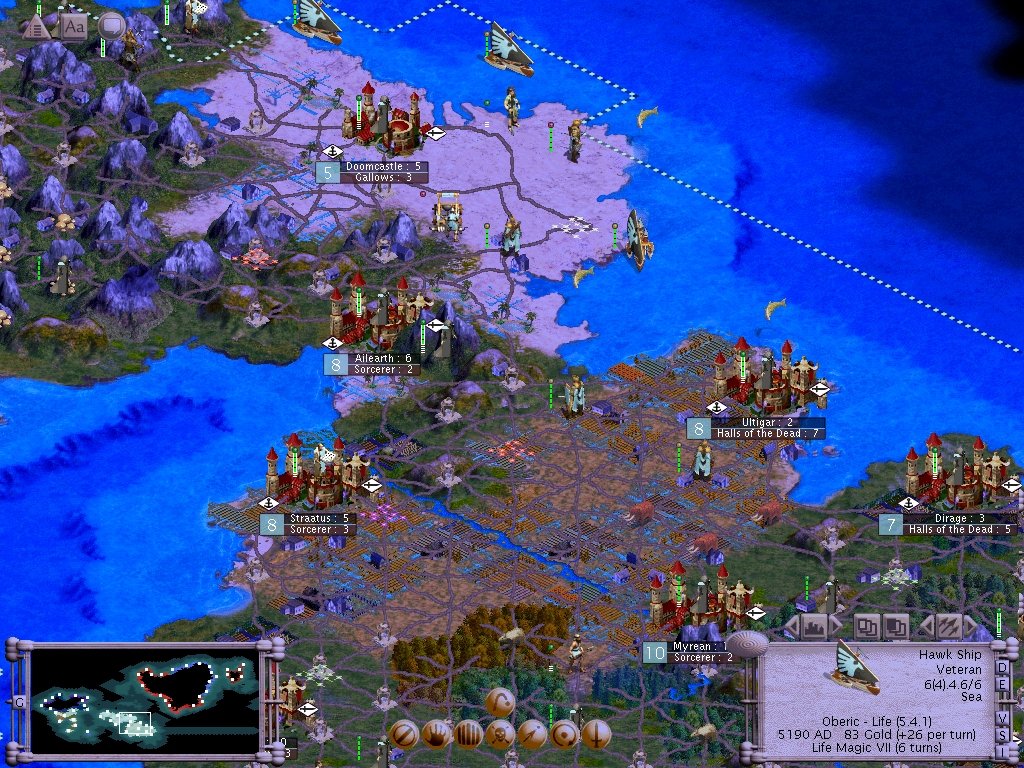 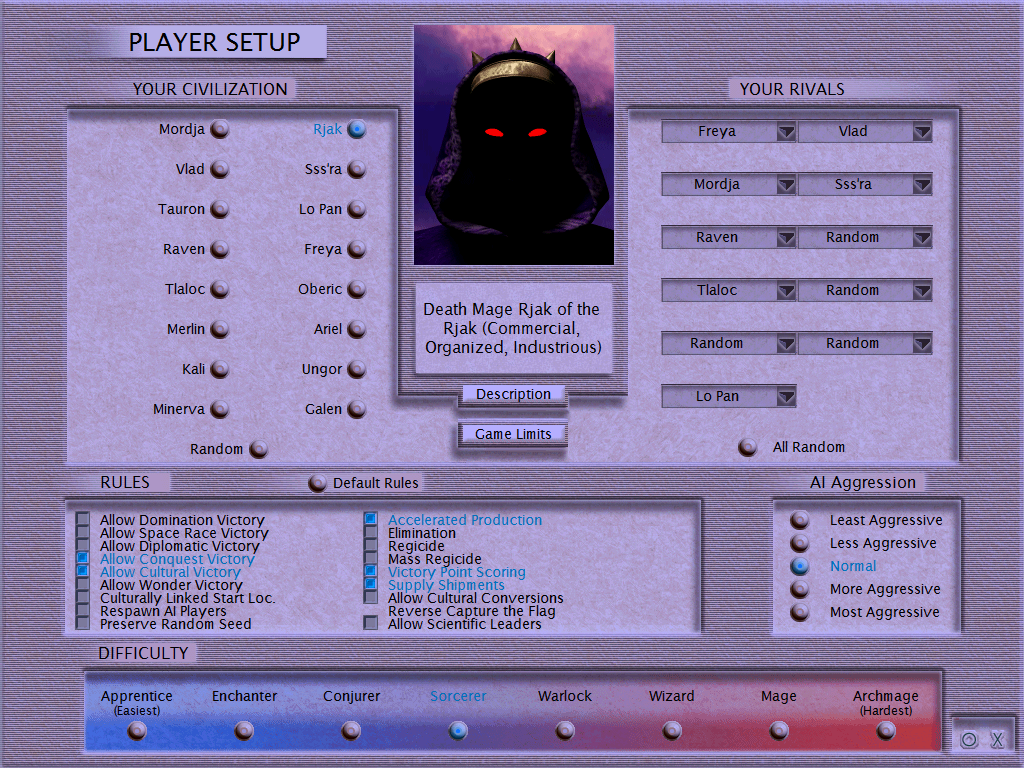 OMG he’s done it again. Last time I posted about a guy playing my Star Trek Doom Mod in VR and hoped that he’d play my Quest for Glory IV 3D Hexen mod in VR too and he has!!! It’s super cool seeing him raise his hand shooting bolts out of it as if its his own lol. On top of that another fellow saw this video and decided to showcase QFG4-3D on his Doom video channel where he plays Doom mods on a touchscreen pad. Under normal circumstances my nasty monsters would slaughter anyone foolish enough to try and play the game with touch controls haha but he employs a number of clever programs and mods that add special moves like a Mortal Kombat style fast ground slide attack. It’s super fun to watch however not being QFG fans combined with trying to play fast means these guys miss a lot of the secret places sadly haha. Oh and like last time there’s a few glitches and they’ve both removed my QFG4 music sadly. I’ll post both videos below with my commentary! 🙂

00:00 good to scene my cutscenes big and readable in this video, they were so tiny in his star trek video. ZDoom forum has a really good guide now on how to do strafe style cutscenes and npcs removing the need for my ‘virtual cinemas’ so when I come back to these projects one day I’ll overhaul all the cutscenes.

01:15 haha welcome to hell.. the ‘badders’ are a annoyingly fast with their swoops in the original QFG4 so I was thrilled when I found a super fast bees addon for hexen that I could modify into Badders. Having them swooping at your face in VR looks nasty haha.
END_OF_DOCUMENT_TOKEN_TO_BE_REPLACED

OH MY GOD!!!! Someone has played my Star Trek Doom Mod in VR!!!!!!!! I knew it was possible but had never seen it. It’s so cool seeing him hold up his arm to fire the phaser like its real haha. Its a bit glitchy and he removed all my music for copyright reasons sadly but its a very cool vid! Hope he tries my Quest for Glory IV 3D Hexen mod in VR one day too!
EDIT: Now he has!!! Check out my new post about him playing QFG4-3D. 🙂

Blake’s video commentary:
bahahaha at 06:05 !!!!! I set that jump scare up deliberately as everyone will be distracted by the borg and not notice the species 8472 broodlings coming out of the jefferies tube. It makes you jump in 2D/regular non-VR 3D but in VR I can see from his reaction its even worse hahahaha. 🙂

06:10 Bit of shame the ducking doesn’t work properly in VR, you can’t stick your head through the ceiling in the regular version lol.

07:50 He just killed his allied friendly crew members who don’t attack you..oh well that’s what they get for wearing red hahaha.

11:30 Welcome to the bridge! Picard thanks you for not murdering more of his crew there hehe. 😛

12:29 Congrats on finding the ‘secret’ area. I was looking forward to see how this would go in VR. For anyone watching the intro text (unreadable in this video) warns you that this engineering area is a test area that’s not finished hence the recycled tiled textures.

As a big Starflight series fan I’ve posted about this great project on my blog before but I thought I’d share some of the dev diaries I’ve been making for Marvin’s ‘Starflight: The Remaking of a Legend‘ project! This Starflight project is a new modern fan remake of the original 1987 PC space exploration game loved by many back in the day (although many fans like myself actually discovered Starflight in the 90s with the awesome Sega Genesis/Megadrive console remake). Marvin is a veteran professional software and game developer who has worked for multiple well known companies such as Bethesda Softworks and Rainbow Studios, on popular games such as ‘Elder Scrolls Redguard’ and ‘Cars: The Video Game’. As a fun side project, Marvin has decided to use his years of experience to remake his favorite childhood game with modern graphics via Unity. This game is open-source and freely available on GitHub, should anyone wish to help. Playable builds are being released on the project website and occasionally on IndieDB too.

While Marvin has been on an extended break from the Starflight Remake Project (due to his business, Covid-19 & other fun RL stuff) I’ve been helping him out and combining his old blog posts into Dev Diaries on IndieDB. If you want to reminisce or you didn’t see how it all begun then here’s the first dev 5 diaries.

END_OF_DOCUMENT_TOKEN_TO_BE_REPLACED

If it wasn’t for Freelancer I would never have probably heard about the X series as being a little German studio they seem to go under the radar a bit. One of my mates who got me on to Freelancer in 2003 said “hey I found a game series just like it” and that was it, I was an addict lol. God knows how many hours I’ve put into the X series over the last 15 years.. and I’m still way behind in them due to my OCD urge to do and see everything haha! These days every man and his dog is making Freelancer like games but back in the 2000s and early 2010s there wasn’t that much out there so the X series (particularly X2 and X3) was my way of dealing with Freelancer withdrawal symptoms lol. Sure they didn’t have the great story and awesome planet landings Freelancer had but the ships and planets were gorgeous and the game universes huge. Being able to become a business mogul and build my own empire of stations and fleets of capital ships to whoops ass with was particularly fun and addictive for me. I’ve even been reading the X novels over the years to immerse myself in their universe further (although I’m gonna get stuck soon as they’re not all translated to English haha).

Well anyway those who are familiar with X games will also know that pretty much every game they release is practically a friggin disaster at launch lol with endless bugs and broken or missing features. Then rather amazingly unlike most studios they then spend years releasing patches and addons to the games until after around 2 or so years the game is friggin awesome lmao! Sure enough X4 has followed that path and they recently released the first addon for X4 Split Vandetta which appears to be quite an improvement over the messy vanilla release. No doubt they’ll be more coming too over the next few years. Presumably Egosoft must make their money back through addons as I don’t know how those guys survive the bad first releases and somehow keep going. I think the first X game came out in 1999 so its over 20 years now haha.

Has anywhere here played X4 yet? I don’t have it yet as I’ve been holding out of a physical collectors release (yeah I’m one of those old weirdos lol) which is probably not going to happen as they’ve said they can’t afford it these days sadly but nevertheless I’ve been drooling over their videos lately to build some anticipation for the inevitable digital only purchase lol. I like how you can walk around the bridge of your capital ships while station construction looks way more advanced than previous games with you putting together all the modules yourself into whatever custom setup you want. Then of course you can walk around them and hire staff and mercs etc.

And now they’re doing a 6 part video series talking about each aspect of the game.. my god does the latest version look more complicated than ever! There’s just SO MUCH you can do, customize and tinker with.