Originally described as impossible by Wikipedia the SS Nakatomi hostage rescue mission in Star Trek The Next Generation Echoes From the Past for Sega Genesis/Mega Drive was a nightmare for those lucky enough to even find the mission (you could easily miss it).

Using the easier SNES Future’s Past version I created maps and used them to help conquer the Genesis version. I then created a Walkthrough that as far as I know is the only walkthrough in existence for this mission as all other Walkthroughs for this game tell you to skip the mission and let the hostages die.

This walkthrough has been a few years in the making but I’m now releasing it to the public! You can get it from my Star Trek Gaming Website where I have a huge mission by mission tribute to STTNG Echoes From the Past that includes maps I’ve made for every away mission. I’ve also recently submitted a copy to GameFAQs which they accepted!

I also have a full video version of the walkthrough on youtube here:

I’m so glad I subscribed to Retro Gamer Magazine last year. Some of the behind the scenes articles they’ve done on some of my favourite games growing up have been brilliant!

I had to post this one as they’ve done a brilliant 6 page article in Issue 173 on what it was like to work at Sierra in its heyday. Lori & Corey Cole, Christy Marx, Jane Jensen and Al Lowe have all contributed to this brilliant piece. Quest For Glory fans like myself will get a lot of out of this in particular as Lori & Corey do most of the talking and there’s some great behind the scenes QFG content (eg sketches of monsters and locations).

Unfortunately all the yellow writing didn’t scan very well but I did my best (via photoshop effects) to make it more readable. Hope you guys can see all the awesomeness! 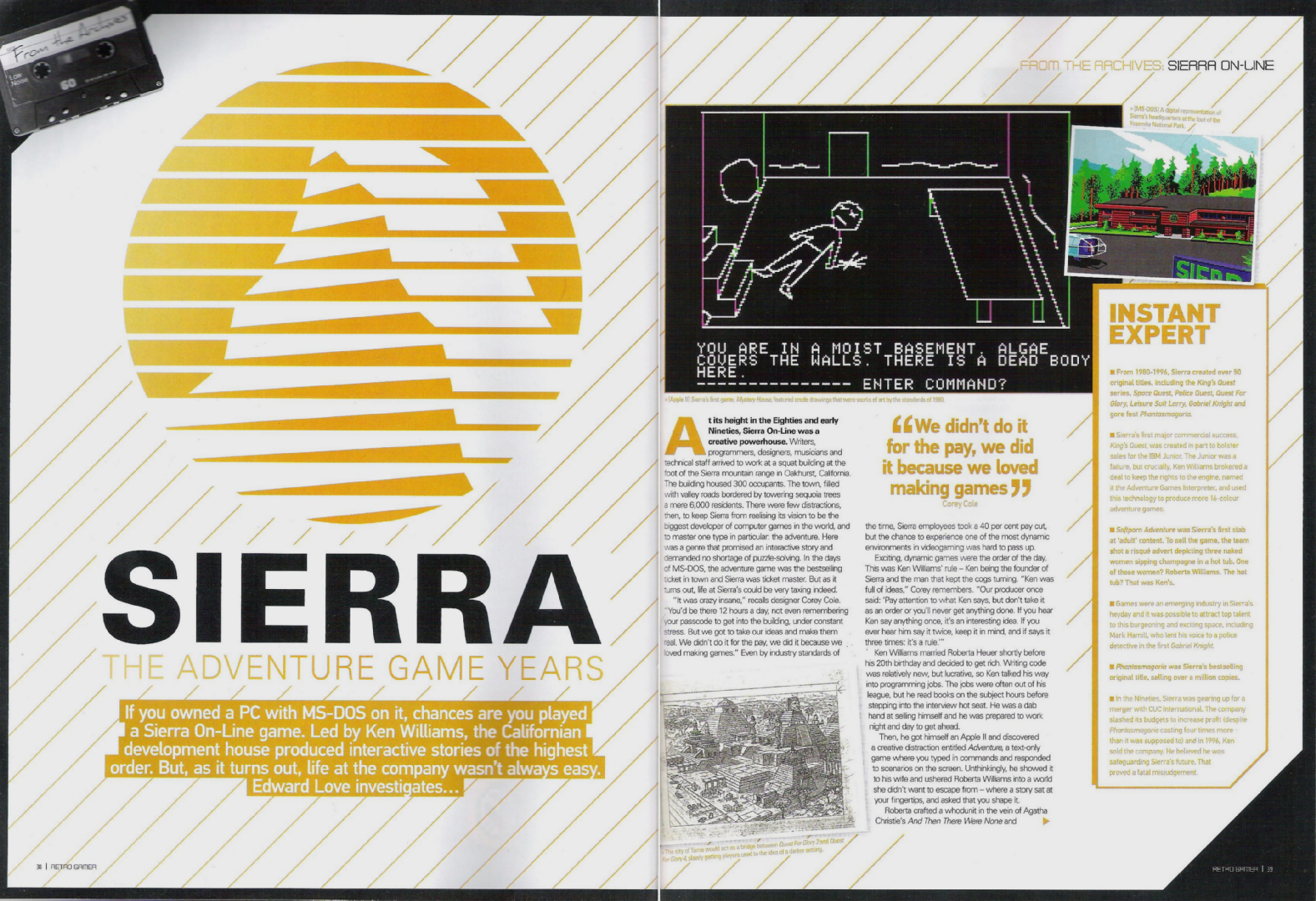