I recently posted about the Starfleet Academy movie fan cut using footage from the Starfleet Academy and Klingon Academy, and that got me thinking about how I’d never got around to playing or watching the other big FMV Star Trek Games from the 90s Star Trek Borg and Star Trek Klingon. So I went hunting and found some great long play videos where there’s no commentary and every story alternative is played out for you allowing you to just sit back and watch them like a tv episode or film.

These interactive FMV games were made in the mid 90s when Star Trek was firing on all cylinders giving them access to the TV shows sets and actors. No big names other than John de Lancie (our favourite superbeing Q), Robert O’Reilly (Gowron) and J. G. Hertzler (Martok) appear but you will recognise many of the actors in both games from their many guest ‘alien or crew member of the week’ appearances on TNG, DS9, Voyager and the TNG films too.

Star Trek Borg was directed James L. Conway who directed many Trek episodes and Star Trek Klingon was directed by none other than Jonathan Frakes (Riker) so both games really do feel like interactive episodes of trek due to the directions, sets and actors. Fans of Q and Gowron will definitely enjoy these as both John de Lancie and Robert O’Reilly are brilliant!

Anyone who’s been to my big Dune Games website or visited this blog or my youtube channel and see me cover Dune games and get excited over the awesome 3 hour HD fan cut of David Lynch’s 1984 cult classic Dune film then you would know I’m a big Dune fan haha!

I’m also a huge fan of Denis Villeneuve’s Blade Runner 2049 sequel so I CAN’T WAIT to see what he does with the Dune universe (especially as once again he’s got a stunning cast of actors to work with). And finally we now have a sneak peak! Vanity fair have done a big article on the film showing a number of awesome shots. Considering how cool the Atreides combat armour looks can you imagine what the Harkonnen and Emperor’s Sardaukar will look like?? Drooooools 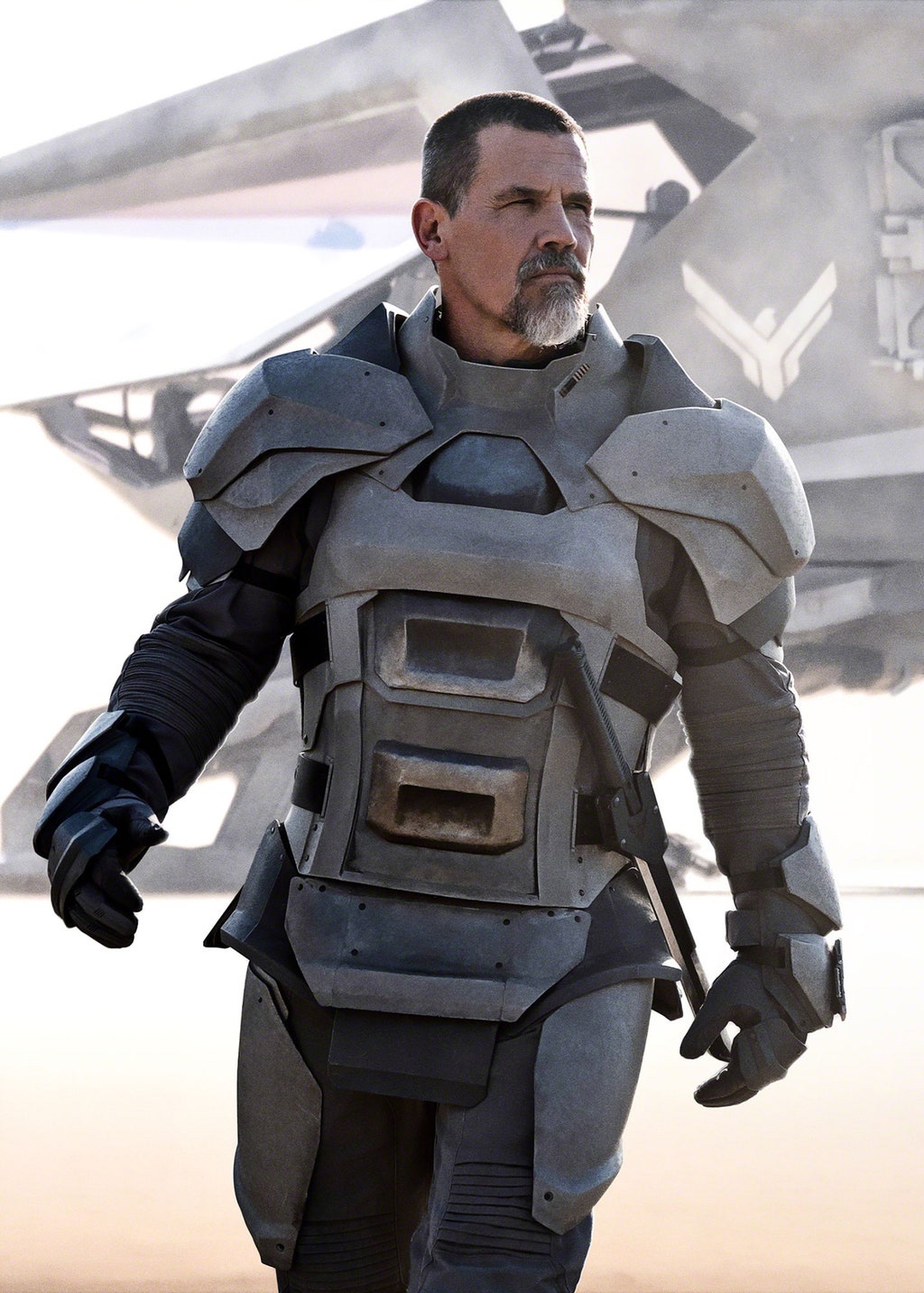 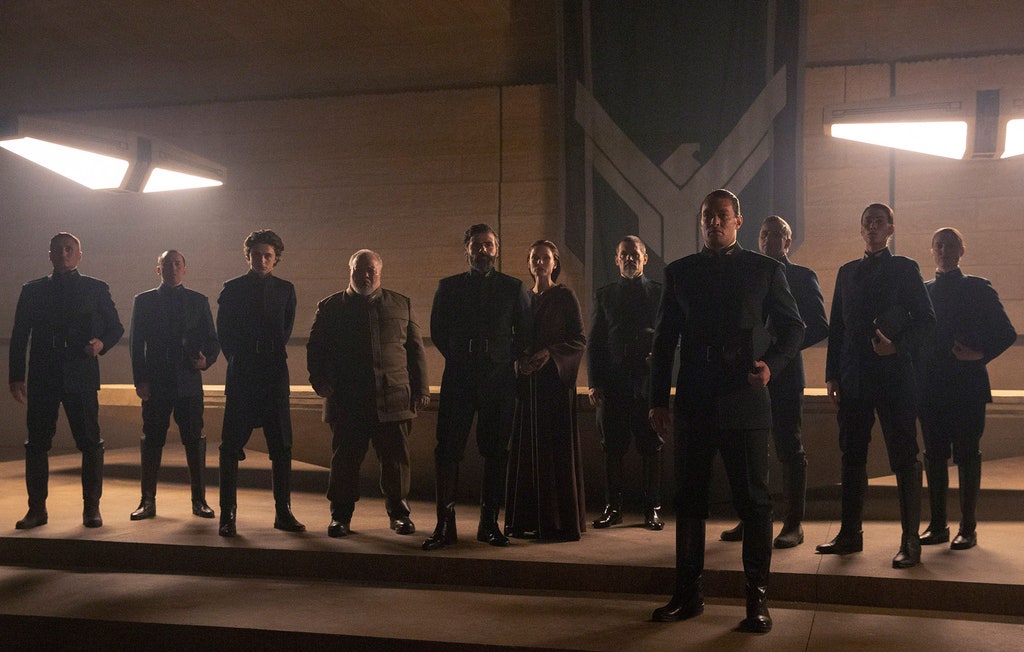 END_OF_DOCUMENT_TOKEN_TO_BE_REPLACED

Like many I was pretty nervous about how the Blade Runner 2049 sequel film would be handled and was relived to see just how friggin good Denis Villeneuve’s film ended up being (I can’t wait to see how he handles the Dune remake!). Some criticized its slow pacing and lack of action (apparently forgetting that the original film wasn’t non-stop action either lol) but most were blown away by its cinematography/visual style and story that really adds to the universe setup in the original 1982 masterpiece by Ridley Scott.

I recently watched the awesome ‘Final Cut’ of the original Blade Runner which was amazing as Ridley & his team redid and fixed some of the films original production gaffes (eg the stunt woman’s face crashing through glass and the shed roof as the doves fly off) while remastering and cleaning up everything else (although I kind of miss the voiceovers even if that wasn’t Ridley’s vision). I then went straight into Blade Runner 2049 to see how it would hold up watching right after the original (& how it would hold up as a repeat watch being I’d already seen it before in the Cinema).. and yeah.. it didn’t disappoint, I was blown away again!

I then discovered the 3 short films set in-between the 2 major films. I was shocked as somehow I’d missed them completely and had never heard of them so presumably many others never have either. They are brilliant as they clearly share the same quality, look and direction of Blade Runner 2049 and they do indeed bridge the gap nicely. There are 2 live action films directed by Ridley Scott’s son Luke that star actors from the sequel such as Jared Leto (Niander Wallace) and Dave Bautista (Sapper Morton) and setup the story and their characters nicely as well as an animated manga style film that shows the events of the ‘great blackout’ and the purging of the Tyrell Corporations replicant databases that even has Edward James Olmos return to voice his character Detective Gaff from the original film. Thankfully these films are freely available from Warner Brothers youtube so here are all 3 below for you to enjoy too! 🙂

END_OF_DOCUMENT_TOKEN_TO_BE_REPLACED

Despite being a big classic Star Trek gamer (hence why I have a massive Star Trek Gaming Website section at Blake’s Sanctum) I never did get around to playing Interplay’s Starfleet Academy and Klingon Academy games other than maybe a quick try of a demo or 2. The gameplay never blew me away however what I did regret missing was all the FMV cutscenes with original cast members including William Shatner (Kirk), Walter Koenig (Chekov), and George Takei (Sulu) along with Star Trek 6’s excellent Klingons Christopher Plummer (General Chang) and David Warner (Chancellor Gorkon).

Well thankfully a youtuber has gathered all the FMV cutscenes and arranged/cut a movie out of them that has over 2 million views now! It’s quite funny looking in the comments and seeing all these confused people saying “I didn’t know about this movie, how is this possible??” failing to realise its from video games haha!

Seeing this makes me want to check about all the FMV footage from the Star Trek Borg and Star Trek Klingon games too!

As reported a few months ago I accidentally broke all my onedrive links on my website Blakes Sanctum.

I am pleased to say I have fixed all download links to my drive now. I also took the opportunity to update all pages to use HTML5 Audio controls since flash is being fazed out resulting in my old audio player being blocked in some browsers.

I have also updated every section to have news links to this blog so people can check out any recent news and events I’ve reported on relating to the game section they’re viewing.

Sadly I still have done the image move of all my website’s Onedrive HD pictures to Imgur yet as that’s a really really nasty job lol!