There are a lot of Bubsy haters out there but there are a lot of Bubsy lovers out there too. Personally I loved Busby on my SEGA Mega Drive although I never was able to finish it as it was much harder than the Sonic games lol! I still remember its gorgeous colourful vibrant graphics even today (especially those train and river levels). Darn it I’ll finish it one day (probably through an emulator where I can cheat my ass off lmao)!

I never did get to buy the sequel Busby 2 and apparently I was not missing anything when I didn’t play Bubsy 3D on Playstation as it was labelled one of the worst games on the console which considering how large the PSX library is that is saying something. In fact it was so bad it killed the Busby franchise for nearly 2 decades!

Until recently that is! At the end of 2017 Acclaim released a brand new Bubsy game for PS4 and PC called Bubsy: The Woolies Strike Back! It wasn’t a huge hit with reviewers however it must have sold well as now they’ve announced another busy game for 2019 called Bubsy: Paws on Fire which looks like it has some pretty cool alternative game modes such as piloting a Woolies spaceship and first person roller coaster like special levels. Check out the trailers below!

Bubsy: The Woolies Strike Back

Wow! This is an amazing project I recently discovered thanks to Retro Gamer magazine. This clever fellow has created a way to play good old Light Gun games like Duck Hunt, Virtua Cop, Terminator 2 and House of the Dead just to name a few!

Hopefully his system can be mass produced so I’ll can use one with my Sega Mega Drive (Genesis) and Menacer Gun!

Here’s his Github page with all the details:
https://github.com/charcole/LCDZapper

Here’s a video of what is apparently an older version of his system:

(I used to visit Zophar’s Domain in the 90s lol)
https://twitter.com/ZopharsDomain

(These guys appear to be a magazine that’s been going for years.. how on earth did I not know about them!!!)
https://twitter.com/RetroGamer_Mag 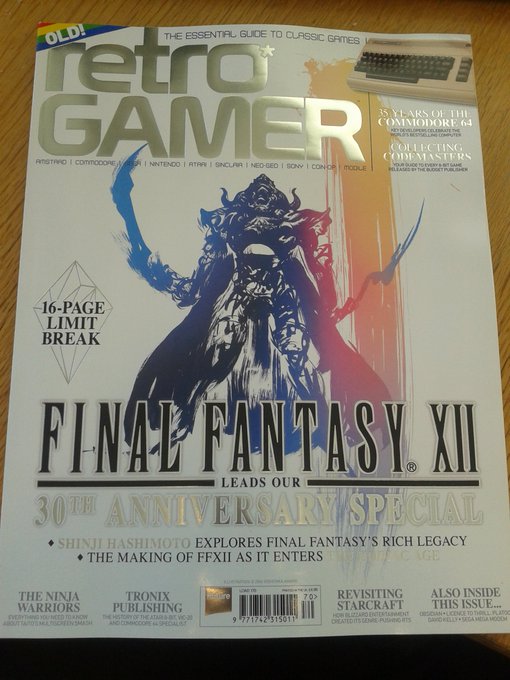 Looks like you can subscibe to the magazine here:
https://www.isubscribe.com.au/Retro-Gamer-UK-Magazine-Subscription-Subscription.cfm

And these guys have past copies in digital format:
https://au.zinio.com/www/browse/back-issues.jsp?productId=500654829

These are Australian sites however it’s a UK magazine so no doubt you’ll be able to find similar online distributors for other international locations.