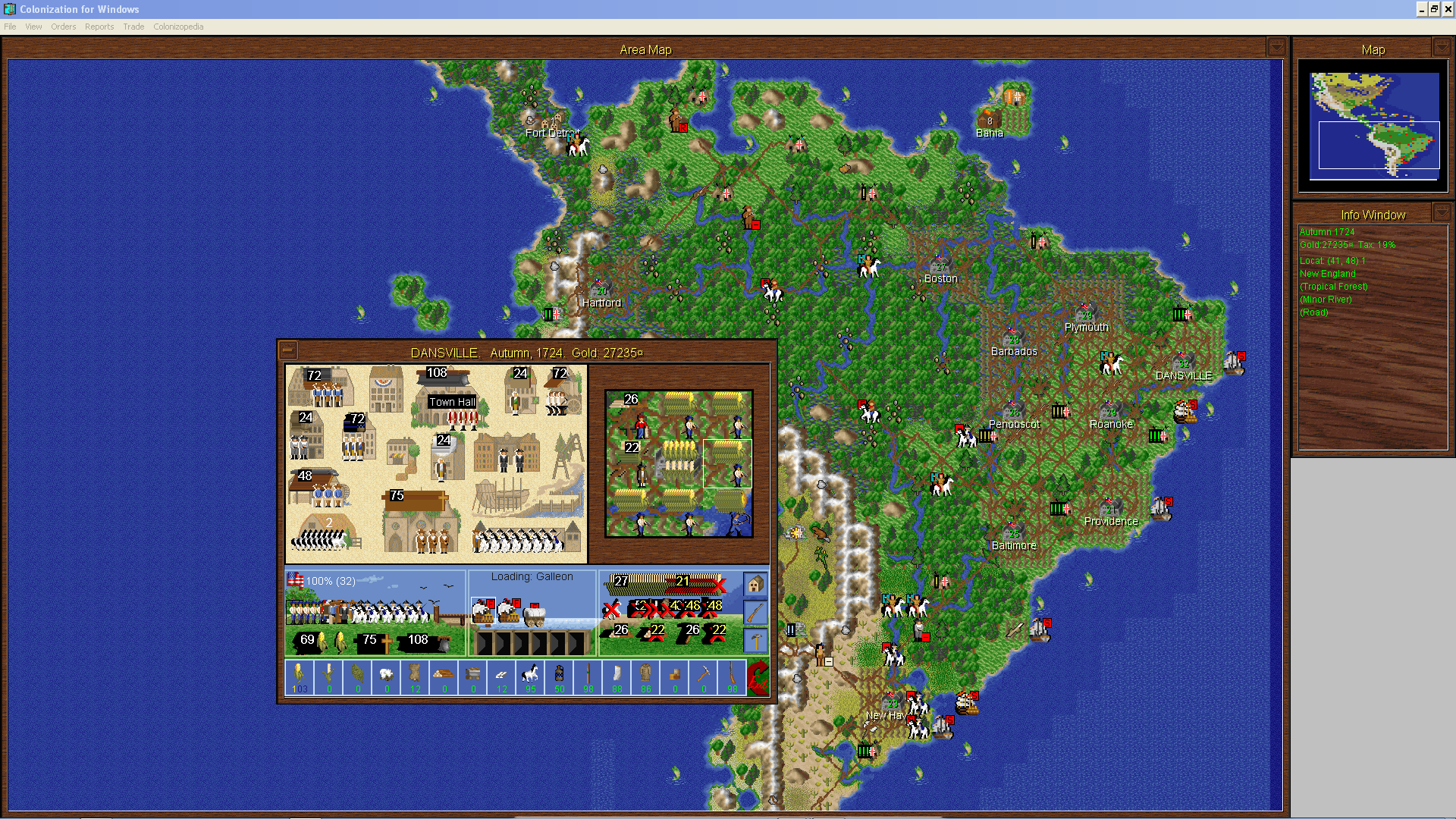 END_OF_DOCUMENT_TOKEN_TO_BE_REPLACED

These days there’s nothing I love more than finding a free fan made remake, sequel or spin off of one of my favourite 90s games. Especially the ones that retain the original graphics but allow for modern HD resolutions while adding gameplay improvements we wished the original had. Most of these projects are alive and well but could really use our support! Here are some of my favourites..

FreeCiv
A brilliant open source spin off of the Civilization series. Most similar to Civ2 but also has a nice top down Civ1 mode too. Can support up to 126 AI or human players and has a huge range of user generated content such as maps, mods and graphics.
Requirements: None!
Home Page

Master of Magic IME
Implodes Multiplayer Edition is the classic Master of Magic remake we’ve all been waiting for. We just need him to finish it lol! HD resolutions, multiplayer (single player is still there too!), ginormous mirror worlds and up to 13 players (all Wizards!!) in one game await you!
Requirements: None! But is still in Alpha.
Sourceforge Page

OpenIG
An utterly incredible open source remake of the classic 4X space strategy game Imperium Galactica. The original games creators were so impressed they gave them a contract allowing them to legally work on the remake. HD resolutions, better unit controls, sandbox galaxy mode with playable aliens, multiplayer, building upgrades, and a video upscaler are just some of the amazing improvements.
Requirements: None!
GitHub Page
END_OF_DOCUMENT_TOKEN_TO_BE_REPLACED