But as for my Quest For Glory Series section it has recived a huge update as I unexpectedly came across not 1, 2 or 3 but SEVEN new QFG fan game projects I did not know about. Amazing stuff! Some of them are really cool and I’ll stick some pics below! Also made a lot of upgrades to the existing pages. Enjoy! 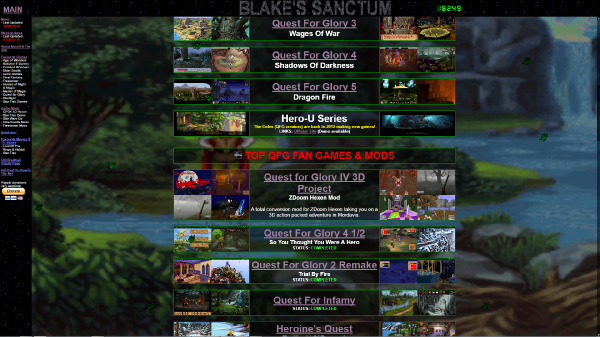