In my beloved world of Sierra & Quest for Glory there’s been a lot of amazing news this month!

Firstly Richard Cobbett (the man I believe who was behind QFG4 making it into the PC Gamer Top 100 Best Games EVER list) wrote a huge awesome 2 page piece in the famous PC Gamer Re-install section about QFG4!
(Right Click – Open Image to see in full screen) 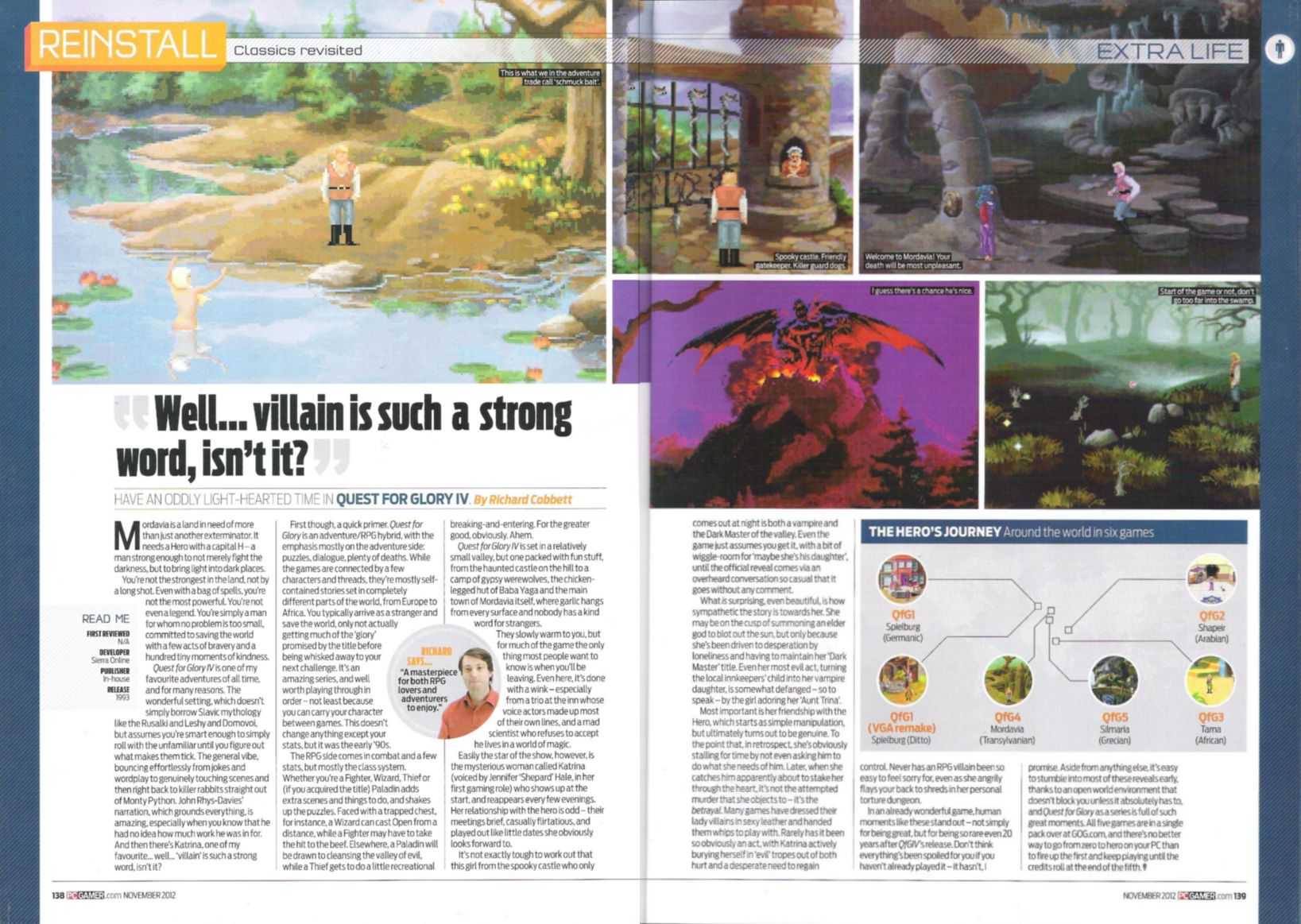 Secondly Al Lowe’s Leisure Suit Larry 1 Remake just released a private beta on steam for me to try (I pledged to their Kickstarter), looks good!

Then the team at Infamous Adventures released the big Demo 2.0 of Quest for Infamy to the public, check it out its really awesome & funny!

Finally to really top things off awesomely the team over at Crystal Shard games have released the first ever trailer of the much anticipated Heroine’s Quest game, it looks really good! Then the biggest news of all, the brilliant team at Himalaya Studios (formerly AGDI makers of QFG2 VGA) have followed in Infamous Adventures footsteps & create a kickstarter for their new game Mage’s Initiation & released an incredible trailer showing off stunning locations, cool cut scenes & awesome gameplay. The funding is going well so get over there & pledge to this great QFG inspired project while you still can!

Check out the 3 awesome trailers below: