After 10 years of nothing and fans begging for a sequel, Age of Wonders 3 (a series that plays like a hybrid of Heroes of Might & Magic and Master of Magic) has been announced! Apparently it is being funded by Notch (Minecraft) & is due out later this year. To celebrate I’ve made a new Age of Wonders section showing off what a great series this is. Hope you all like! 🙂 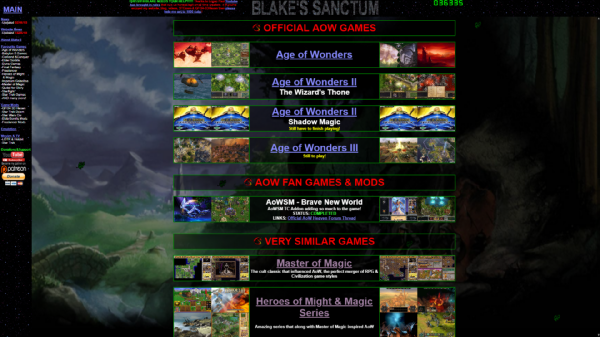